With one bite, a man tears off another’s ear in a fight in the Mexico City subway – Latest US News Hub 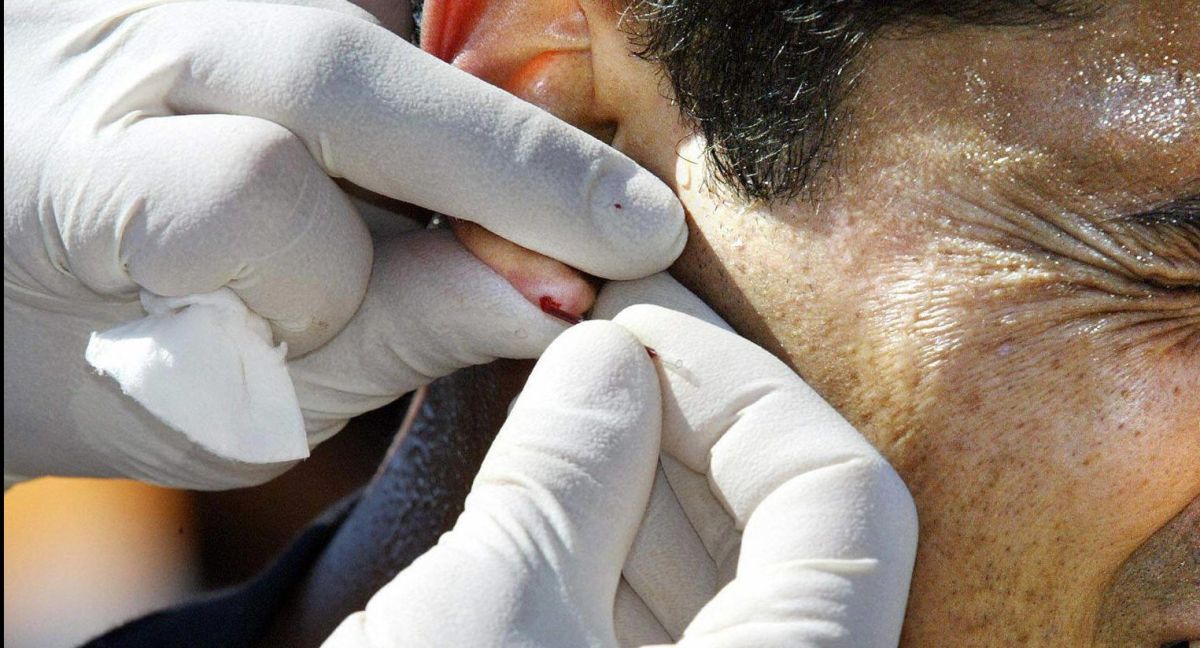 A fight in the Mexico City subway seemed to recall Mike Tyson’s mythical bite of Evander Holyfield 25 years ago.s the confrontation with blows ended when one of the men bit off his opponent’s ear.

According to the first reports, a woman identified as Estefany “N”, 28, was traveling in one of the CDMX Metro cars when a subject, identified as Yair “N”, 33, began to sexually harass her.

Shortly before arriving at the Xola station, Silvestre R, 42 years old, became aware of the facts and made up his mind; So, From insults to blows, the security of the Xola station was alerted; however, the fight got out of control,

Suddenly, the scream of one of the subjects made the witnesses’ skin crawl, while a stream of blood emanated from the side of his face, after his ear fell to the ground, The subject then picked it up.

Alerted by the other passengers, elements of the Secretariat of Citizen Security (SSC) of Mexico City went to the scene of the fight, and found an injured man with his ear cut off and bleeding.

Support was immediately requested from the emergency services that provided first aid to stop the bleeding and after stabilizing the man, he was transferred along with his aggressor to the Public Ministry Agency where an investigation folder was started for injuries.

Read more:
Drunk kills family, including 2 children, after crashing into golf cart in Texas
Woman died after being stabbed early this Sunday in Canoga Park
Cincinnati shooting leaves at least nine people injured after fight outside a bar

With one bite, a man tears off another’s ear in a fight in the Mexico City subway

When Zelensky entered and killed, Putin got furious, there was a terrible devastation in Ukraine, people immersed in icy darkness!

CUET Exam 2023 schedule may be released soon, read here what is the latest update